If you’re having issues finding a list of dog rescues in Los Angeles County, below we’ve featured 10 across the region. Read on to learn about them!   1. The REAL Bark Located in Los Angeles, The REAL Bark works to rescue injured and neglected dogs from the streets and unwanted homes. They provide loving foster homes where these dogs can recover and be … END_OF_DOCUMENT_TOKEN_TO_BE_REPLACED

If you’re looking for a list of the finest dog rescues in San Diego County, we’ve put together the following selection especially for you.   1. Lucky Pup Dog Rescue Located in San Diego, Lucky Pup Dog Rescue was founded in 2010 by Christine and Steve Haslet to rescue small and medium sized dogs from the death rows of some of the highest kill shelters in … END_OF_DOCUMENT_TOKEN_TO_BE_REPLACED 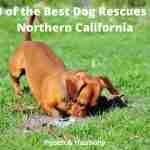 If you want to adopt a dog, or show your support to one of the best dog rescues in Northern California, below we’ve featured 10 rescue organizations.   1. Family Dog Rescue This non-profit dog rescue in San Francisco takes in dogs of all shapes, sizes, and backgrounds. They are passionate about their work, and want nothing more than to see the dogs that come to them … END_OF_DOCUMENT_TOKEN_TO_BE_REPLACED 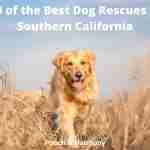 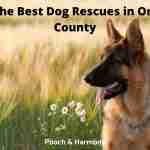 If you’re searching online for a list of the best dog rescues in Orange County, the following compilation is especially for you.   1. 4Life Animal Rescue 4Life Animal Rescue is a non-profit organization based in Orange County in Southern California. Their team of dedicated volunteers is committed to rescuing neglected or homeless local animals. As well as rescuing … END_OF_DOCUMENT_TOKEN_TO_BE_REPLACED 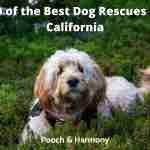 In the list below, we’ve selected 10 of the best dog rescues in California and have provided overviews of their activities.   1. Pacific Pups Rescue (Los Angeles) Pacific Pups Rescue is a nonprofit animal rescue organization located in Los Angeles, CA. They are funded solely by private donations and rely on a dedicated team of volunteers to help with adoption events, … END_OF_DOCUMENT_TOKEN_TO_BE_REPLACED