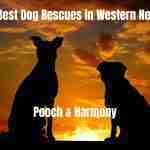 If a search for the best dog rescues in Western New York has brought you to this post, you’ve come to the right place. Below we’ve featured 8 top dog rescues for your review.   1. Awesome Paws Rescue (Buffalo) Based in Buffalo, NY, Awesome Paws Rescue is a non-profit organization dedicated to saving the lives of dogs stuck in overcrowded shelters in the southern … END_OF_DOCUMENT_TOKEN_TO_BE_REPLACED 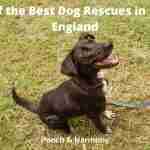