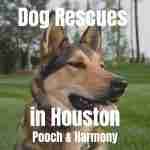 Ready to adopt a furry friend? In this article, we’ve compiled a list of some of the best dog rescues in Houston! 1. Houston Pets Alive Houston Pets Alive is a no kill organization that saves animals at risk of euthanasia. They are a non profit organization with many volunteers who help keep the rescue running. HPA views itself as a safety net for municipal … END_OF_DOCUMENT_TOKEN_TO_BE_REPLACED 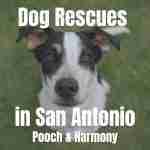 If you need a list of dog rescues in Harris County, Texas, the following compilation has been put together especially for you.   1. K-9 Angels Rescue K-9 Angels Rescue opened in 2012 with a mission to rescue healthy and adoptable dogs and cats from shelters in the Houston area before they are unnecessarily put down. K-9 Angels Rescue aims to foster all … END_OF_DOCUMENT_TOKEN_TO_BE_REPLACED

If you’re looking for a selection of the best dog rescues in DFW, the following list has been put together for your review.   1. Animal Hope Animal Hope is a rescue organization based in Fort Worth, Texas. This non-profit organization was founded to give disadvantaged animals a second chance at life – those animals with traumatic injuries or behavioral problems that … END_OF_DOCUMENT_TOKEN_TO_BE_REPLACED 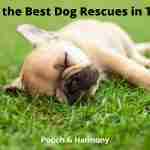 If you want to adopt a dog and need some help navigating the best dog rescues in Texas, we’re here to help. Below we’ve featured 10 top dog rescues in the state.   1. Texas Humane Heroes Founded in 1979, Texas Humane Heroes is a nonprofit, no-kill group that provides support, rescue, and care services all around Texas. The group is in Leander and Killeen. The group … END_OF_DOCUMENT_TOKEN_TO_BE_REPLACED