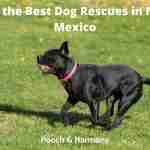 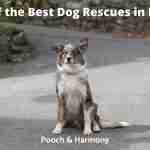 In the list below, you’ll find a selection of the best dog rescues in Iowa. We’ve featured 10 across the state in total.   1. Furry Friends Refuge (Des Moines) Furry Friends Refuge is a nonprofit organization based in Des Moines, Iowa. Their team of dedicated volunteers runs a strictly no-kill shelter, and in 2017 they successfully rescued over 400 dogs. These animals … END_OF_DOCUMENT_TOKEN_TO_BE_REPLACED 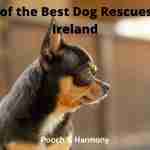 In the list below, we’ve featured 15 of the best dog rescues in Ireland. Read on to learn about them.   1. DSPCA For over 180 years, the Dublin Society for Prevention of Cruelty to Animals has helped rescue, rehabilitate, and re-home thousands of pets. The organisation is one of the leading animal welfare charities in Ireland and is widely recognised for its … END_OF_DOCUMENT_TOKEN_TO_BE_REPLACED 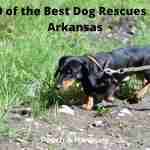 If you’re looking for a list of the best dog rescues in Arkansas, you’ve come to the right place! Read on to  learn about 10 top dog rescue centers in the state.   1. Greener Days Ahead Rescue In 2015, Greener Days Ahead Rescue was founded as a 501(c)3 nonprofit organization in Mt Vernon. The group rescues as many animals as resources allow. From there, the group … END_OF_DOCUMENT_TOKEN_TO_BE_REPLACED

If you want to adopt a dog from one of the best dog rescues in New York State, read on to learn about 10 rescues and what they do.   1. Social Tees Animal Rescue (New York City) Social Tees Animal Rescue is a nonprofit organization based in New York City. They are a strictly no-kill animal safe haven that rescues abandoned animals from high-kill shelters across New … END_OF_DOCUMENT_TOKEN_TO_BE_REPLACED

Pooch & Harmony is a participant in the Amazon Services LLC Associates Program, an affiliate advertising program designed to provide a means for sites to earn advertising fees by advertising and linking to Amazon.com.